Our bodies, no matter how solid they seem, are energy.  Our bodies are denser forms of energy, and so are objects which we may consider inanimate.  A rock, a chair, a computer- all slower moving, denser energy.

I had to go through several cell phones before I acknowledged that they had their own magnetic energy that I could affect.  I now use imaginary grounding pads between me and my cell phone so I don’t “fry” it  or become affected by the energy emanating from the cell phone.  I even learned about the energetics with computers.  If I was anxious, on a deadline with a document, I would send my computer in the “fritz” faze where it would become unresponsive, or go in various states of disorder.  Honoring our computers, setting healthful boundaries, and calling them by name can bring us more joy and order.

One day when my husband, Cliff and I were still living in a townhome, I acknowledged that even my old dishwasher was energy that needed balancing.  It was getting old, and knowing that we would be selling the home in the next couple years, I didn’t want to replace it.  Besides, I considered it an “old friend”.  My dishwasher worked well, save for occasional occurrence of the drain mechanism failing and water overflowing and spouting out all over the kitchen floor.  I had a repairman come in and show me how to stick a broom handle in a certain place to re-engage the drain.  Well, that was a bit of a pain.

One day, as it was overflowing, I got the idea that it too, needed a healing.  As I began to send healing energy, the dishwasher was still spouting water.  Cliff walked in and saw all the water spouting out over the kitchen floor, as I just stood there waving my hands.  By this time, nothing surprised him, yet he asked, “What are you doing?!”  I just calmly replied, “I’m giving a healing… it’s OK.”  A few moments later, my sweet, old dishwasher kicked in and started draining.  The flooding stopped, and I acknowledged the dishwasher for receiving the healing.  I let it know that I would continue to acknowledge it (him) for working so hard to clean the dishes, and I wouldn’t leave him alone to work.

From that day on, I was the only one who turned on the dishwasher and always when I was home.  Never again, did it misbehave.

Of course when we sold the home, I told the new owners that the dishwasher had been temperamental and may not last long.  This was not an issue with them, since they already planned to replace all the appliances anyway.

More recently, I purchased a new car.  Enjoying the comforts and all the special features of this German car, I hadn’t considered that she might benefit from a healing.  One day, while parking before church, Cliff pulled into a space that we usually didn’t use.  Without thinking, I asked him to go to another space.  Being somewhat in a rush, he asked “Why?”  I said, “I don’t know, I just don’t like this spot…”  He said, “If you don’t like it, you can move the car.”  He had some obligations, and wanted to get inside.  I thought for a moment, and decided I wasn’t attached and could let it go.  We enjoyed the service, talked with friends and then came out to the car.  As we got in the car and started to back out, we both heard a gritting, popping noise.  Cliff and I got out of the car, and saw that a stud was sticking out of the parking block and had ripped a hole in the bumper.  Cliff pushed the bumper back in as much as possible, yet it was still obvious it was damaged.  After letting go of my initial thought of “I told you so…”, I decided to refrain from blaming and look for the gift.  My second thought was, “Always trust your intuition and use your abilities.”

I spent the next week deciding whether to get the bumper fixed, and decided to leave it as a reminder to trust my inner guidance.  As the weeks proceeded, I got the sense that it, too, could heal.  I sent love to my car, the bumper, and thanked God for all the messages and guidance I receive.  I recognize that I receive messages and wisdom every day, every moment.  The world is full of “opportunities”- it’s our choice what we do with them.  Every few days, I would put my hands on the bumper and send healing energy, love, and appreciation.  I began to notice a shift and all of a sudden I couldn’t see the tear.  A couple of days later, I couldn’t feel the tear.

I realized that what happened with my car, was also a lesson in how we can all treat ourselves.  As we love and accept our own challenges and imperfections, we are also healed. 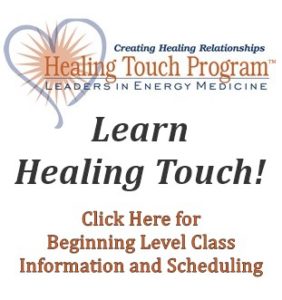